YouTube has announced that it will be hiding public dislike counts on videos across its site, starting today. The company says the change is to keep smaller creators from being targeted by dislike attacks or harassment and to promote respectful interactions between viewers and creators.

The dislike button will still be there, but it will be for private feedback, rather than public shaming. In March, YouTube announced that it was experimenting with hiding the public dislike numbers, and individual creators long could hide ratings on their videos. 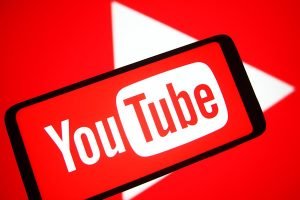 The dislike counts will be disappearing for everyone. It is big deal viewers are used to being able to see the like-to-dislike ratio as soon as they click on a video and may use that number to decide whether to continue watching. Now, that will no longer be an option, but it could close off a vector for harassment.

YouTube says that when it tested hiding dislike numbers, people were less likely to use the button to attack the creator — commenting that it just came here to dislike was seemingly less satisfying when you don’t get to see the number go up. The behaviour may continue to some extent, though, as creators will be able to see the dislike numbers for their video in YouTube Studio. YouTube says this still lets well-meaning viewers leave private feedback to content creators or use dislikes to tune the algorithm’s video recommendations.