Google owned YouTube is throwing the spotlight on Rythm which is the most popular music bot on Discord.  The search giant has sent a cease letter to the owners of Rythm Music Bot that allows the Discord users to play music from YouTube videos and has more than 560 million users.

The search giant wants the Rythm Music Bot shut within seven days, and the service is complying by shutting down its bot on September 15th.  The music app is installed on more than 20 million Discord servers alone.  The discord music boy has nearly 560 million Discord users, and 30 million of them actively use the service each month. 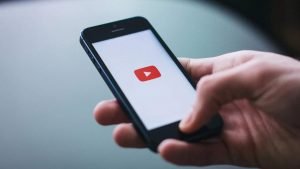 Discord has 150 million monthly active users. This shutdown is a huge blow to a main feature of Discord that’s used by around 20% of the users. Yoav, the creator of Rythm Music Bot said that they anticipated this would happen. The creator also added that this is why we started working on something new a year ago. Groovy receiving one just meant it would happen sooner rather than later.The Rythm bot team is working on something in the music space that we’re very excited about.

The creators added that there will be some form of connection to Discord, but they are not willing to talk more about their upcoming project.  The music playing bot has been a full-time job for Yoav, and it took 16 servers with more than 4TB of RAM and over 1,000 CPU cores to power this Discord music bot, clarifying how popular the service had become. Groovy and Rythm shutting down will force many Discord users to look for alternatives, but smaller bot developers could soon end up in a similar position if they attempt to fill the giant gap.