According to the historical data published by the U.S. Drought Monitor, the Western is the most severely affected region by Drought. The hot and arid conditions in the western may affect the region by Wildfires and water crisis in the summer season.

The U.S. states like California, Washington, Nevada, and many other parts recorded triple-digit temperatures over the past week amidst rising  conditions.The report was published by the National Weather Service of theThe state is experiencing high temperatures and rising Drought conditions, followed by heat warnings. Authorities have released advisories to encourage preparedness amongst citizens. 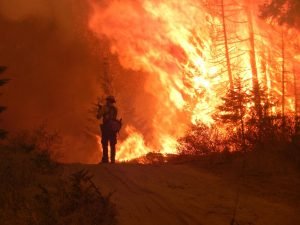 The U.S. Drought monitor is a map created by academicians and government scientists. It is released weekly after rigorous updates, hinting about crucial development and warnings regarding climatic alterations.The farmers are dealing with crop damages caused due to the and are able to irrigate the crops as the water level is gone down. About 72% of the is facing severe or worse conditions.