Why iOS Update is Important to Prevent Hacks Why iOS Update is Important to Prevent Hacks

If a person owns an iPad, iPhone, or a Mac, they should certainly Update their device right away as there are brand new areas out that can be hacked very easily without the latest Update.

Earlier on Monday, Apple, without prior notice, released iOS 14.7.1 and iPad OS 14.7.1, which are the latest Update for the company’s phones and tablets and several other devices.The company also released a Mac OS Big Sur 11.5.1, a patch that solves a minor bug after Mac OS Big Sur 11.5 in the last week. 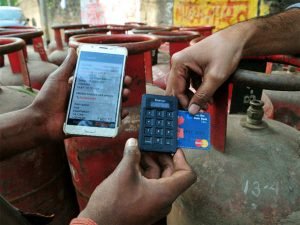 Most critically, the recent Update can fix a zero-day vulnerability that Apple says has been sighted exploitations by the hackers “in the wild,” i.e., out in the world. Therefore, that vulnerability called CVE-2021-30807 can let a hacker perform arbitrary codes and core privileges, basically allowing them to take over one’s device on a fundamental level without the user’s knowledge.

Hackers tend to hack Apple devices more often than other company’s devices and gadgets. For example, the phones become non-responsive, calls are not made properly, calls disconnect abruptly.These problems arise due to sudden hacking activities pertaining to Apple phones and other smart devices.While it is tough to say who exactly is the person going after the device, the users do not want them to succeed in this work of theirs.Thus, the company has advised the users to go and Update their devices to be safe and secure from hackers and scammers.