US Retail Sales Rise Faster than Expected in October US Retail Sales Rise Faster than Expected in October

U.S. Retail Sales accelerated their level of spending in October even as the prices of goodsjumped at their fastest pace since the 1990s. The Retail Sales is the measure of how much consumers spent on goods ranging across categories from autos to sporting goods and food and gas, increased 1.7% for October, compared with 0.8% the previous month.

Excluding autos, the sales also increased 1.7%, according to the Census Bureau advance estimate. The two numbers were above the Dow Jones estimates of 1.5% for the headline print and 1% for the core sales gain. Online shopping posted the biggest relative gain for the month, rising 4% and good for a 10.2% gain from a year ago. 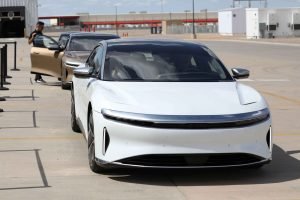 Soaring prices at the pump pushed gasoline sales up 3.9% in October. Year over year, sales increases at stations have surged 46.8%.The news comes after the consumer price index, measuring a similar basket of goods, increased 0.9% for October and 6.2% year over year. That year-over-year gain was the strongest since 1991. Even excluding food and energy, the CPI was up 0.6% from the previous month and 4.6% year over year.

However, the Retail Sales numbers are adjusted for seasonal variations but not for inflation  indicating consumers are willing to pay the higher prices, despite a recent indication that sentiment is at its lowest level in 10 years.