US Ranked Last In Health Care Ranking of High-income Countries US Ranked Last In Health Care Ranking of High-income Countries

The U.S Ranked least in the Health Care Ranking of High-income Countries. According to reports, the U.S once again is last in the rankings list despite heavy investments on healthcare.The Commonwealth Fund conducts seven studies for the high-income countries since 2004. Reports say, among all the high-income countries surveyed by the Commonwealth Fund, only U.S does not have universal health insurance coverage.

The latest data released does not reflect the impact of pandemic. But, the data evaluates the strengths and weaknesses in the health care system of each country.The survey stated that the U.S health insurance fails to provide enough coverage as a result of which is compromising the health and finances of US. The lack of enough insurance cover forces people to skip care or face greater medical debts. 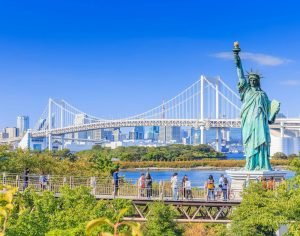 The study found that, half of U.S adults with lower income didn’t receive care due to high costs for care. But, in UK 12% of lower income adults face such problems.Moreover the survey found that high-income adults are more likely to face financial hurdles as compared to other surveyed countries including UK, Switzerland, Sweden, Norway, New Zealand, the Netherlands, Germany, France, Canada, and Australia.

Australia, the Netherlands, and Norway were among the toppers in the list that were studied looking at the health care access, administrative efficiency, equity including preventive and other metrics in health.Additionally, US also Ranked poorly in terms of maternal mortality, infant deaths, life expectancy rate, and fatality. America Ranked poor in many other parameters. It Ranked second only in one area that is care process.