UK Energy Bills to Rise by 80% In October UK Energy Bills to Rise by 80% In October

Britain’s Energy regulator announced Friday that it will increase its key ceiling on consumer Energy bills to an average of £3,549 ($4,197) from £1,971 annually. This announcement was made in response to the calls from the advocacy groups, research tanks, and politicians for the government to address the cost-of-living crisis.

The price cap sets a maximum amount that home Energy suppliers can charge for their combined electricity and gas bills in England, Scotland, and Wales, but Ofgem periodically updates it to account for changes in wholesale market pricing and other business expenses. About 24 million households are included. 4.5 million households on prepayment plans will see their monthly payments go up from £2,017 to £3,608. 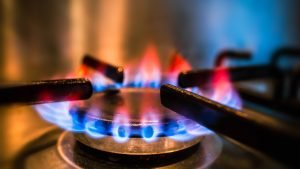 Northern Ireland is exempt from the cap, allowing suppliers to raise rates whenever they see fit after receiving approval from a different authority. The gas prices surged to record highs as a result of increased worldwide demand being exacerbated in Europe by low gas storage levels and a decline in pipeline imports from Russia as a result of its invasion of Ukraine.

Due to this even the electricity costs have also increased. Ofgem stated earlier this month that it will update the cap every three months rather than every six. According to projections by consultancy Cornwall Insight, the cap could climb to £4,649.72 in the first quarter of 2023, to £5,341.08 in the second, and then to £4,767.97 in the third. This is still higher than the existing £1,971 ceiling and the average yearly bill of £1,400 in October 2021.