Uber’s chief technology officer stepped down from his position in less than a year on the job. spokesman said that the company has no immediate plans to replace him. Dara Khosrowshahi, Chief Executive officer of said that Sukumar is an incredible talent, and they are grateful for his leadership and everything he has done for over the last year.

None of the executives gave any reason for the exit in their communication. Rathnam didn’t immediately respond to a request for comment. Uber’s eight engineering leads will now report directly to Khosrowshahi.  touted Rathnam as a high-profile hire when he joined nearly a year ago. He was previously a vice president at Amazon.com Inc. 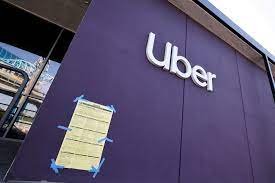 Rathnam’s predecessor, Thuan Pham, spent seven years at Uber’s before stepping down last year. In an interview with Bloomberg shortly after, Pham said he disagreed with Khosrowshahi’s approach to self-driving cars. By the end of the year, Uber’s changed course and sold the autonomous vehicle division.

Rathnam previously worked as an executive at Amazon, where he led teams responsible for product selection and catalogue systems. Before Amazon, he worked at Microsoft and Oracle. A Dutch court ruled on Monday that Uber’s drivers in the Netherlands are effectively under an employment contract, in a fresh blow for the US ride-hailing giant’s gig economic model. The judgment, in a case brought by a Dutch union, comes months after a similar UK court ruling on drivers’ rights led to the American firm agreeing to a world-first union deal in Britain.