Uber Revenue is up 72% from Last Year Uber Revenue is up 72% from Last Year

Uber reported its third-quarter results on Thursday. After an initial dip, shares were up about 1% in after-hours trading. Uber reported a net loss of $2.4 billion for the quarter, because of a drop in the value of its investment holdings, particularly in Didi.

Uber said its stakes in Zomato, Aurora, and Joby helped offset some of that loss.posted a net loss of $1.09 billion in the same quarter a year ago. The company said the loss per share is $1.28, and the company expected.33 cents. The company reported a revenue: $4.8 billion, and the analyst predicted $4.4 billion. 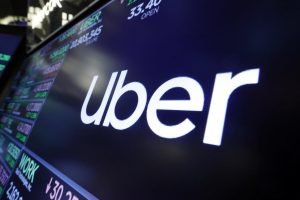