New standards set in the U.S Senate Bill would mandate the automakers to integrate make anti-drunk-driving technology in new cars. The new rules will be implemented in three years or less and automakers would be made mandatory to comply with it within two years.

The US $1 trillion infrastructure which is currently under debate by the U.S senate includes the provision regarding the implementation of passive technology to prevent drivers from driving cars while they are intoxicated and avert 10,000 death caused. For over 15 years now, automakers and experts are trying to curb the U.S road accidents by implementing advanced technology and other measures.Now, the legislative push supported by many associations including the insurance industry and alcohol trade associations will be a stronger move to curb the incidences caused due to impaired drivers. 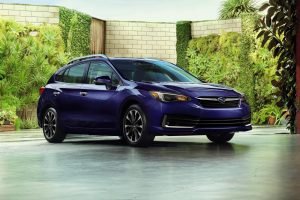 Alcohol detection systems have been proposed by organization like Insurance Institute for Highway Safety (IIHS) to prevent impaired driving. Moreover, lawmakers had also suggested installation of devices that could detect alcohol level in the driver’s body.However, questions remain on the most reliable technologies and which need to be adopted.

The U.S Senate Bill would mandate U.S. Transportation Department to set tech safety standards in the coming years and require automakers to comply within two years. The bill said, the department would report to Congress if regulators fail to finalize the safety rules. The technology that would be adopted is not yet finalized in the bill. But, technology that would passively monitor the driver’s performance and identify impaired driver will be made mandatory.