Twitter announced on Wednesday the sale of its MoPub to AppLovin, for $1.05 billion in cash. The company is selling MoPub to accelerate the development and growth of its owned and operated revenue products.The sale is aligned with goal of reaching $7.5 billion in revenue by the end of 2023, the company said. AppLovin shares jumped more than 8% in extended trading on Wednesday. Twitter shares rose more than 2%.

Twitter CEO Jack Dorsey said that this transaction increases our focus and demonstrates confidence in our revenue product roadmap, accelerating our ability to invest in the core products that position for long-term growth and best serve the public conversation.The mobile advertising network generated $188 million in revenue for in 2020, the company said on Wednesday. That represents nearly 5.9% of the company’s 2020 advertising revenue and a little more than 5% of its total sales for the year. 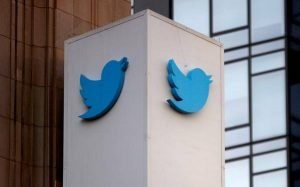 Twitter said it will provide additional details on the estimated financial impact of the deal when it reports its third-quarter earnings on Oct. 26.The sale of MoPub comes after Apple in April launched iOS 14.5, a version of its mobile operating system that makes it more difficult for advertisers to track user activity on their iPhones and iPads.

The MoPub network is used by 45,000 mobile apps and reaches 1.5 billion addressable users, according to AppLovin’s press release on Wednesday. AppLovin has a market cap of close to $29 billion as of Wednesday’s close. Twitter purchased MoPub for about $350 million in stock in September 2013 just before the company was set to make its public market debut.