TSMC forecast fourth-quarter sales and margins that exceeded some analysts’ estimates, as demand for chips stayed robust in the face of worsening snarls in the supply chain. Analysts had expected average sales of $15.3 billion and margin of 51.4% for the December quarter.

The world’s No. 1 foundry said Thursday it expects revenue of as much as $15.7 billion in the three months ended December, helping full-year sales grow by about 24% in dollar terms. Gross margin may be as high as 53%, with executives reiterating a long-term target of more than 50%. 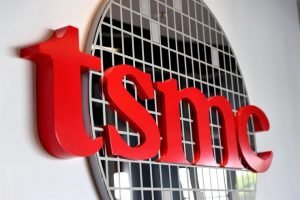 The production of the semiconductor firm will remain stretched through 2022, as demand for semiconductors that power everything from cars to the latest smartphones drove lead times to record highs and helped fill order books. To secure supplies, more customers are now paying upfront, compared with just “one or two” before.The capacity constraints have limited the Taiwanese company ability to fully capitalize on the boom, even as it set aside $100 billion to grow output over three years and announced plans for a new plant in Japan.

Chief Executive Officer C.C said that they expect TSMC capacity to remain very tight in 2021 and throughout 2022.Wei also added that while the short-term imbalances may or may not persist, we believe our technology leadership will enable TSMC to capture the strong demand for our advanced and speciality technologies.