The Treasury Secretary, praised the Biden administration’s economic measures during a speech in Michigan. The bipartisan infrastructure bill, the CHIPS and Science Act, the Democratic-led Inflation Reduction Act, and the visit to the Dearborn Rouge Electric Vehicle Center were all commended by the Treasury Secretary as being positive developments for the Job sector and manufacturing growth.

The republicans are working to regain the chambers of congress and the democrats are working to empasize their economic success in the november election. The secretary gave her remarks based on this subject, The Supply Side Economics framework proposed by the Treasury Secretary supports many of the administration’s policies. 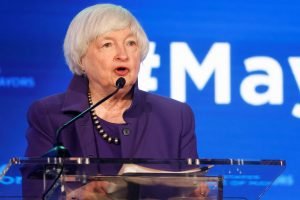 She also stated that there was greater inequality and slower economic growth before the covid 19 pandemic. With the economy at full employment, they are prepared for a supply-side expansion that generates sustainable growth and lowers inequality. Treasury Secretary added that the stabilization initiatives of the Biden administration would restore the United States back to full employment in record time following the economic burdens of the epidemic, decreased labor force participation, and the conflict in Ukraine.

In july, the jobless rate advanced to the pre pandemic level which was mentioned in the report by the burea department. The level also reached the lowest level since 1969 for all demographic groups except African Americans. She also visited to a few of the Motor City Match grant recipients in Detroit during her stay. Republicans have criticized Democrats for passing the bill, claiming that the enormous infusion of government cash contributed to stoking inflation.