Eli Lilly & Co.-backed biopharmaceutical company Transcenta Holding Ltd. has filed for an IPO in Hong Kong, the latest in a wave of Chinese early-stage biotech businesses seeking listings in the Asian financial hub. Suzhou intends to use the offering proceeds to develop its pipeline of drug candidates focused on oncology, nephrology and bone diseases, it said in a filing to the Hong Kong bourse on Tuesday.

The company didn’t specify a timeline nor say how much it intends to raise. Transcenta Holding Ltd. has nine drug candidates in clinical development, including its core product for treating solid tumors. It also has a licensing agreement with U.S. drugmaker Eli Lilly in China and other parts of Asia to commercialize a drug treating low bone-mineral density. 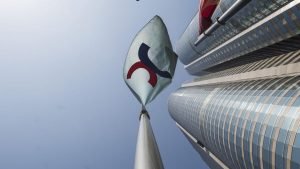 Transcenta Holding Ltd plans to come as a host of other Chinese biotech companies look to tap into bullish investor sentiment in Hong Kong. Brii Biosciences and Keymed Biosciences of Chengdu both filed for offerings this week, while last week Shanghai-based CARsgen Therapeutics Holdings Ltd. raised about US$386.3 million and China-focused Hutchmed (China) Ltd. announced plans to raise more than US$600 million.

The company said it expects to incur operating losses in the coming years as it spends on the development and commercialization of its pipeline products. It posted a loss of US$49.0 million in 2020 on revenue of CNY81.0 million.The company’s early investors include Eli Lilly, Singapore state investment fund Temasek Holdings, Chinese private-equity firm Hillhouse Capital and U.S. venture capital firm Sequoia Capital. The company was valued at about US$650 million in a funding round late last year, it said in the filing.Goldman Sachs and China International Capital Corp. are acting as joint sponsors of the offering.