Toshiba Comes with a Plan to Boosts Shareholder Return Targets Toshiba Comes with a Plan to Boosts Shareholder Return Targets

Toshiba Corp said it now aims to break up into two companies instead of three and also unveiled a significant boost to planned shareholder returns to appease angry investors. However, its revised plan is still expected to face much pushback from foreign hedge funds, many of whom have been opposed to any kind of split and would prefer that the scandal-ridden Japanese conglomerate be taken private.

Toshiba will just split its device business, including the power chip unit. Previously it had been divided into three companies – one for energy and infrastructure, one for devices, and one for flash memory chips. The industrial conglomerate now also plans to increase shareholder returns to 300 billion yen ($2.6 billion) over the next two years, which compares to an earlier target for returns of 100 billion yen. 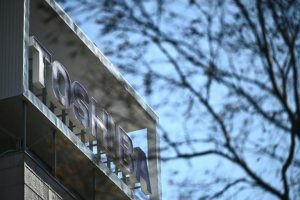 It also planned to begin the sale process for its elevator and lighting business and added that it no longer sees Toshiba Tec Corp (6588.T), which makes point-of-sale systems and copiers a core business. Toshiba has also asked that Kioxia, the chip business in which it holds a 40.6% stake, conduct an IPO as soon as possible.

The company is also looking at a potential sale of its stake in Kioxia. The two-way breakup would save costs compared to a three-way split, although some investors suspect the new plan is designed to allow Toshiba to avoid a shareholder vote that would have required two-thirds approval.