The US Not Easing Restrictions Amid Delta Variant Spreads The US Not Easing Restrictions Amid Delta Variant Spreads

According to a White House official, the United States will not ease down the foreign travel restrictions due to the increasing anxieties over the rise in the cases of the more contagious Delta Variant of Covid-19.

About 80 percent of new Covid cases in the United States this month are infections of the Delta Variant, and experts say that the variant is behind the new wave of infections being discovered all across the nation.Reuters was the first to report the decision of the White House regarding this. 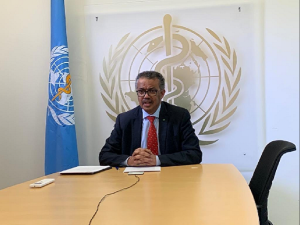 The Delta Variant cases in the United States are focused amongst unvaccinated individuals, and the number is possible to increase within the coming weeks, the official said.They also noted that the Centres for Disease Control and Prevention advised the Americans against traveling to the United Kingdom last Monday due to rising cases there.

At this time, the United States has blocked the entry for most non-citizens in nations – the United Kingdom, European Union nations, Ireland, China, India, South Africa, Iran, and Brazil within the course of the last 14 days.’The surge in the cases involving the ‘hyper-transmissible’ variant was not unforeseen or surprising. Such infections had been projected to double every few weeks.On June 19, 2021, the Delta Variant was accountable for just over 30 percent of the newly discovered cases. Finally, on July 3, 2021, it crossed the 50 percent verge to become the most dominant variant in the US.