The Peak of Inflation May Be Here

The Peak of Inflation May Be Here

The price index of Core PCE in May was growing at the highest yearly rate since the year 1992. But this may be the top. Core PCE, which was updated on Friday, June 25, is the Federal Reserve’s favored measure of Inflation. 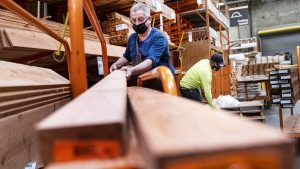 And the Fed has claimed that raised  has been driven by a few ‘temporary’ factors like the low base outcome from last year’s decrease due to the pandemic.Gregory Daco from Oxford Economics’ writes that while he predicts the increased Inflation stickiness, with core PCE. This is fluctuating around 3% in the second half of the year, and they don’t expect a kind of runaway Inflation.

According to a note given by Pantheon Macroeconomics’ Ian Shepherdson, he feels that “This should be the peak.”The latest analyses have gone before the months during this summer. The costumers are likely to desire to spend more on services as they start for a vacation or any other trips — to represent a much diverse stage of reviving and not just being captured in the data of May 2021.