Tesla reported that it delivered 308,600 electric vehicles in the fourth quarter of 2021, beating its previous single-quarter record as well as analysts’ expectations. The automaker produced 305,840 fully electric vehicles total during the same period.Tesla delivered 936,172 vehicles, an 87% increase versus 2020 when it reported its first annual profit on deliveries of 499,647

In the third quarter of 2021, vehicle deliveries reached 241,300, previous best quarter.Wall Street analysts had anticipated deliveries of 267,000 in the fourth quarter and 897,000 for all of 2021.Deliveries are the closest approximation of sales reported by CEO Elon Musk’s electric car company. Tesla combines delivery numbers for its higher-priced Model S and X vehicles, and lower-priced Model 3 and Y vehicles. The company does not break out sales or production numbers by region. 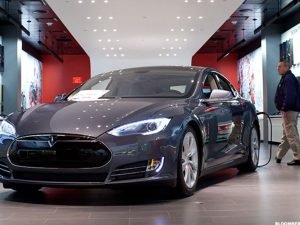 Musk wrote on Twitter, where he has about 68.4 million followers, “Giga Texas is a $10B+ investment over time, generating at least 20k direct & 100k indirect jobs.plans to spend $1.6 billion on the Austin, Texas, factory in its first phase now underway.Tesla has delayed plans to start high-volume production of its Cybertruck, a distinctly angular pickup, until 2023. The company’s Semi and revamped Roadster are still in the works, too.