Tesla is braking abruptly while using Autopilot is being investigated by the National Highway Traffic Safety Administration. According to the National Highway Traffic Safety Administration, the braking occurs “without warning, at random, and frequently in a single drive.” It’s possible that 416,000 vehicles will be affected, according to the report. The government did not respond to a question about whether it was aware of any incidents, injuries, or fatalities related to the problem.

In the last nine months, the agency’s office of defects investigation has received 354 complaints reporting abrupt brakes on Tesla Model 3s and Model Ys from 2021-22. The reported braking takes place while the vehicle is utilising Autopilot, Tesla suite of driver-assist functions, which allows the vehicle to brake and steer on its own. The unexpected brake actuation is commonly referred to as “phantom braking” by owners. 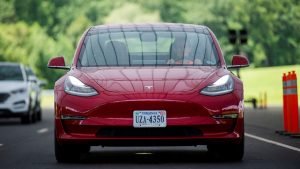 Tesla made after the carmaker removed radar from most of its vehicles and replaced it with cameras for driver-assist technologies are the subject of the NHTSA’s probe. The Model X and Model S, which did not immediately remove radar from, are not being investigated by the NHTSA. One customer who filed a complaint with the National Highway Traffic Safety Administration claimed that their current, which does not have radar, has more phantom braking issues than their prior, which did.

Another complainant claimed that the incident occurred more than 20 times on a road journey from California to Colorado. The probe by the government is officially a “preliminary evaluation,” which can occur before a carmaker issues a recall. Tesla Boombox feature was the subject of a preliminary investigation by the National Highway Traffic Safety Administration (NHTSA) last fall, before the company issued a safety recall last month.