Starbucks Has Plans to Remove Single Use Cups Starbucks Has Plans to Remove Single Use Cups

When Starbucks‘ Seattle headquarters reopened last week, its returning employees discovered that the coffee chain’s wasteful paper and plastic cups had been replaced with reusable alternatives. It’s a shift the firm is attempting to implement in the rest of its cafés worldwide, which uses around 7 billion disposable cups each year.

Starbucks has revealed the latest steps it’s taking to reduce the use of disposable cups ahead of its annual shareholder meeting on Wednesday. More than 20 different tests were conducted across eight markets to determine the best approaches to eliminate the single-use cup. 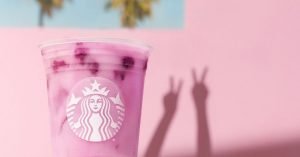 Customers in the United States and Canada will be allowed to use their reusable cups for all Starbucks orders. This includes a drive-thru and mobile ordering, which are now unavailable. In an interview, Amelia Landers, Starbucks‘ vice president of product innovation, said, “We’re performing so many testing to understand how that is most convenient for our customers and won’t slow down the drive-thru queue for the person behind you and is also operationally pleasant for our partners.”

Since the 1980s, Starbucks has provided a 10-cent discount on every order for a personal cup or mug, but few consumers have taken advantage of the offer. This year, the business is conducting tests around the United States to explore how coffee drinkers react to various financial incentives and deterrents, such as a ten-cent cost for single-use cups and a fifty-cent discount for a reusable mug.