Starbucks fired seven workers involved in unionizing in Memphis, Tennessee, fueling accusations that the company is retaliating against a growing labor movement at its locations across the United States. Starbucks (SBUX) denied that the firings were linked to the employees’ organizing efforts.A company spokesman, Reggie Borges, said the workers were fired for severe security violations. The firings stem from an incident last month in which the employees allowed media members into the store as part of the public launch of their unionization effort.

Borges said that Starbucks employees are allowed to speak freely with media if they choose, but that the members of the press and some of the staff did not have the authorization to be in the store after the close of business. Borges said that the employees allowed the media into the private back-of-house area while leaving an unlocked door unattended. 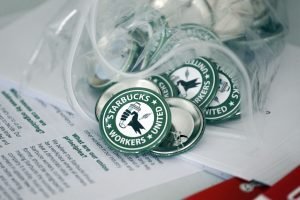 Another staffer opened a safe when they weren’t authorized to do so. Borges said that these egregious actions and blatant violations could not be ignored. As a result of our investigation, several partners involved are no longer with Starbucks, given the significant breaches of these policies.