Starbucks asked the U.S. labour board to ditch plans to mail out ballots on Wednesday in unionization elections that could create a first-ever labour foothold among its thousands of corporate-run stores in the U.S.In filings with the National Labor Relations Board Monday, the coffee chain argued that an acting regional director’s ruling, green-lighting store-by-store votes at three locations in and around Buffalo, New York, where workers petitioned to unionize, should be overturned.

The company wrote that the Oct. 28 ruling is contrary to U.S. labour law and would result in “disenfranchisement” by denying employees throughout the region the chance “to vote together on this important issue of union representation.” Starbucks argued that the pool of voters for any unionization election should at a minimum involve employees from across its 20 stores in the region, meaning that the union wouldn’t prevail unless it secured a majority among that larger group. 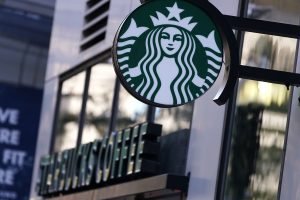 The Buffalo-based agency official wrote that Starbucks has failed to sustain its burden” to overcome the agency’s usual presumption that the employees at a single worksite can be an appropriate group to vote on unionization. Her ruling cited the distance between Starbucks’ locations, variations in working conditions, and local stores’ autonomy on day-to-day operations.

A Starbucks spokesperson said that the company was seeking to avoid confusion and ensure employees throughout the region would have a chance to vote because they would all be affected if some stores were unionized.