Masayoshi Son, the founder and CEO of SoftBank, has previously committed to tightening investment standards and preserving funds to weather the slump. However, on Monday, he hinted at staff reductions at the Vision Fund, claiming there were no “holy regions.” After the results were announced, Son commented on the tech sell-off and said, “The world is in enormous disarray.” However, he recognized that valuations had been “in a bubble” and that the organization had invested in more startups than it should have. In addition, SoftBank disclosed that it has approved a share repurchase program with a maximum value of 400 billion yen, which should comfort investors. 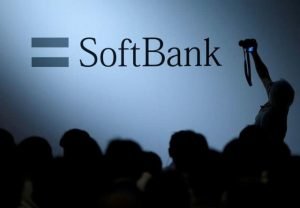 SoftBank suffered its worst loss ever in the most recent quarter, a net loss of 3.16 trillion yen ($23.4 billion) due to the overall portfolio slide. Comparatively, a profit of 761.5 billion yen was made over the same time period the previous year. In its two Vision Funds, claimed to have written down the value of unlisted assets by 1.14 trillion yen. According to analysts, the writedowns of these private assets are unlikely to accurately represent the severity of the recent market slump.

SoftBank has sold off businesses for a total gain of $5.6 billion, including ride-hailing service Uber Technologies (UBER) and home-selling site Opendoor Technologies. Compared to Friday’s closing price of $32.01,sold Uber shares at an average price of $41.47 per share. At the end of June, the second Vision Fund owned shares in 269 companies valued $37.2 billion, against an acquisition cost of $48.2 billion.