The Singapore Government has announced a series of initiatives to boost the growth of the local stock market. The government also plans to co-invest in stocks along with other big companies. The company passed a report about its plans on Friday.

The Singapore Government allotted $1.1 billion to help the companies raise funds through public listings. The government has proposed to deploy the new funds with state investment firm Temasek. The government introduced other initiatives that the initiative arm of the Singapore economic development Board plans to start a new funding scheme to invest in later-stage companies and work toward a public listing. The fund will start with 500 million Singapore dollars. 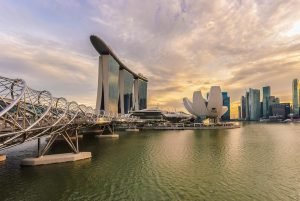 The financial regulator, the Monetary Authority of Singapore, will increase its grants to help companies pay for listings. The exchange operator, Singapore Exchange, will help high-end companies to raise funds privately before a public listing.  The Singapore Government Exchange earlier this month announced new rules to allow the listing of special purpose acquisition companies. This move is a panacea for Singapore’s IPO market. The stock market of Singapore has superseded many of its regional competitors in 2021, with the benchmark Straits Times Index gaining around 7.8% as of Thursday’s close.

The initial public offerings on the Singapore Exchange have been dull when compared to others. In the first half of 2021, Singapore drew just three IPOs which maaged to accumulate $200 million in proceeds, while fellow financial hub Hong Kong managed to raise $27.4 billion.