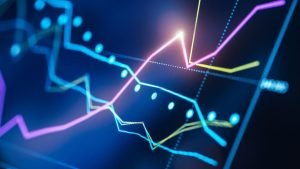 According to Kathy Jones, chief fixed income analyst for the Schwab Center for Financial Research, long-term Yields may find it difficult to rise much above current year-to-date highs while short-term Yields look to be pushed by expectations of a Fed hike. Jones said that they see the dominating trend of Yields curve inversion when I look at long-term Yields, and I’m still not confident we’ll see the 10-year go a significant amount higher.

On Tuesday, August’s consumer price index report revealed a 0.1% month-over-month increase in inflation. Due to a decrease in gas prices—which fell 10.6% from the previous month—markets had anticipated a lower number. Markets are pricing in a further rate increase of 75 basis points from the Fed, but there is some expectation that the subsequent rate increase may be considerably higher.