Scientist Examine the Role of Genetics in Periodontitis Scientist Examine the Role of Genetics in Periodontitis

The World Health Organization found that nearly 10 percent of the world’s population suffer from severe gum disease, or Periodontitis. The new study set out to determine whether a person’s genes or the unique makeup of their mouth microbiome might predispose some to severe gum disease.

There are many risk factors associated with gum disease like stress and smoking to diabetes and obesity. The possible effect of a person’s oral microbiome and their genes, the researchers persued the oral health data collected from over 14,000 Japanese adults between 2013 and 2017. 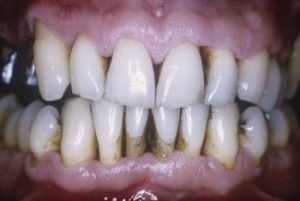 The volunteers had been given an oral exam, filled out a questionnaire and had a saliva sample analyzed for genetic polymorphisms common variations in individuals’ DNA.Then they picked 22 participants with no other risk factors for gum disease and separated them into a group with Periodontitis and a control group with good oral health. The researchers then analyzed both groups’ mouth microbiomes, they found some big differences.