Sanctions have Sharply Raised Chance of a Russian Default Sanctions have Sharply Raised Chance of a Russian Default

Russia’s stock market remains shut down. The ruble is worth less than a penny. And Western businesses are fleeing. JPMorgan warns a Russian default could be next. Sanctions imposed on Russia have significantly increased the likelihood of a Russian government’s hard currency bond default.

JPMorgan emerging markets strategists wrote in a note to clients on Wednesday. Russia may have the cash to make its debt payments. The Central Bank of Russia lists a staggering $643 billion of international reserves.JPMorgan said Sanctions leveled by the United States on Russian government entities, countermeasures within Russia to restrict foreign payments, and the disruption of payment chains present high hurdles for Russia to make a bond payment abroad. 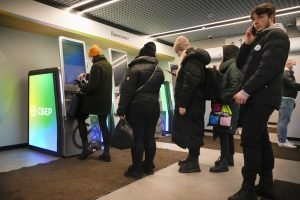 Sanctions on Russia’s central bank and the exclusion of some banks from SWIFT, the high-security network banks used to communicate, will impact Russia’s ability to access foreign currency to pay down debt, according to Capital Economics.  That includes Russia’s stockpile of reserves and cash from export revenue.Capital Economics estimates that about half of Russia’s international reserves will be impacted by Sanctions — and much of the rest is in gold, which may not be as readily converted into cash.

Russia has more than $700 million in payments coming due in March, mostly with a 30-day grace period.Although Western Sanctions on Russia have not restricted the secondary trading of the country’s existing bonds, JPMorgan noted that there had been settlement issues with some bonds because the Russian National Settlement Depository has blocked the accounts of Euroclear, a Belgium-based settlement provider.