Oil prices briefly touched $95 a barrel on Wednesday before backing away as investors try to make sense of the latest developments in the Russia-Ukraine crisis. US crude jumped as much as 3.2% to an intraday peak of $95.01 a barrel as US and NATO officials said they saw no sign of de-escalation on the ground in the Russia-Ukraine standoff.

Crude settled at $93.66, up 1.7%. And in extended trading Oil turned negative.  Investors have been very sensitive to the risk that an invasion of Ukraine would disrupt Russia’s vast energy supplies at a time when global supply is already failing to keep up with demand. 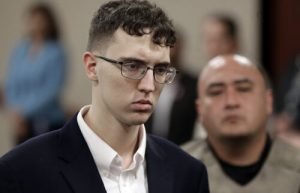 People came to their senses. They hoped for the best but there is no proof on the ground that pulling back is a reality. US Oil hit a seven-year high of $95.82 a barrel on Monday on Russia-Ukraine fears. In recent trading, Oil was up 2.7% to $94.57 a barrel. Brent crude, the world benchmark, gained 1.6% to close at $94.81 a barrel.

President Joe Biden expressed skepticism on Tuesday about Russia’s claims of removing troops. Similarly, NATO Secretary General Jens Stoltenberg said Wednesday that despite signs from Moscow that diplomacy should continue, we do not see any sign of de-escalation on the ground.Those comments from Biden and NATO are renewing concern in the market about a conflict. Investors justifiably believe the president of the largest democracy on the planet and the largest military alliance in the world, instead of the president of a dictatorship.