Roku on Thursday told customers via a post on its corporate blog that it has still not been able to strike a distribution agreement with YouTube TV, which has been removed from Roku channel store for five months. also alleged that Google overrides music voice search and blocks relevant searches outside of YouTube’s results while users are in the YouTube app.

The blog post also added that doing business with an enterprise as powerful as Google creates complex challenges. The company’s concerns with Google are not about money. We have not asked for a single change in the financial terms of our existing agreement. Roku does not earn a single dollar from YouTube’s ad-supported video sharing service today, whereas Google makes hundreds of millions of dollars from the YouTube app on . 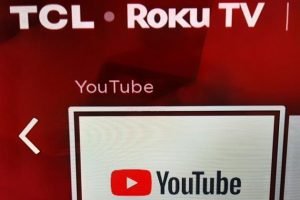 Roku’s deal to distribute the YouTube TV app expired in April and the company removed the app from its store after failing to reach a new agreement with Google.has consistently accused Google of making unfair demands while not requiring similar data-sharing and search features on other platforms like Apple TV.

Google spokesperson said that in the negotiations with Roku earlier this year, we’ve continued to work with them to find a resolution that benefits our mutual users on Thursday. Roku has once again chosen to make unproductive and baseless claims rather than try to work constructively with us.