Robinhood Cutting about 9% of Full-time Employees Robinhood Cutting about 9% of Full-time Employees

About 9% of full-time employees will be affected by the change. As of December 31, Robinhood has 3,800 full-time workers. The corporation declined to provide any information about the actual number of employees who will be laid off. Tenev also added that they are determined to reduce the number of staff working in the firm. It is the right decision to improve efficiency, increase our velocity, and ensure that we are responsive to the changing needs of our customers. 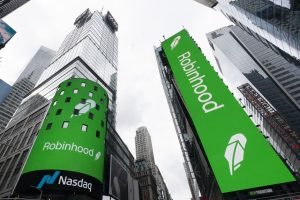 After the bell on Thursday, Robinhood will reveal its first-quarter earnings. The financial figures were not mentioned in the blog post, which only said that the corporation had more than $6 billion in cash on its balance sheet. At the end of December, the firm reported having $6.25 billion in cash and cash equivalents on its financial sheet.

In early 2021, Robinhood gained notoriety as a significant role in the GameStop saga, in which retail investors purchased up so-called meme stocks. The brokerage experienced a rise in new customers and capital, and in July, it went public with an IPO. However, the company has struggled to generate traction and has spent much of its life trading below its IPO price of $38 per share. On Tuesday, the stock finished at $10.