Research and development exploring the medical utility of Psychedelics has been significantly restricted. On Tuesday, July 27, Massachusetts based lawmakers discussed a bill regarding the development of a task force committed to understanding the after-effects of legalizing psychedelics. The class of psychedelic compounds discussed include psilocybin, and ayahuasca.

The Joint Judiciary Committee came together to discuss the proposed objectives by the Representative Mike Connolly. Despite securing no significant votes from members, the reform was held up the sponsor. It primarily focused on the therapeutic potential of these entheogenic substances particularly targeting mental health conditions. He shed a light on the decriminalization of Psychedelics across three Massachusetts cities. 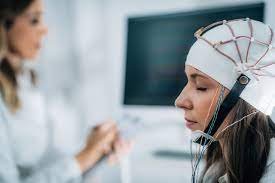 Connolly held up his efforts to encourage other members by stating the support established by medical community in realizing the clinical benefits of psychedelic substances. Clinicians, and researchers have encouraged the spread of awareness of these entheogenic substances.As per the proposal, the task force will consist of 21 members. It will focus on determining the major advantages, and pit falls of legalizing Psychedelics. This research analysis will analyse implications of possession, consumption or distribution of the naturally cultivated psychedelic plants, and fungi.

If Connolly is successful in securing a go-head to the proposed bill, the enacted bill will be provided a research duration till June 2022. It gives the 21-member task force one year to study the effects of entheogenic substances. Following the analysis, they will be able to put forth recommendations on how to legalize the plant or fungi-based Psychedelics.