President Biden Talks about Inflation in the US President Biden Talks about Inflation in the US

As per the trusted sources of information, the President of the United States, Joe Biden, was asked a question about the unchecked Inflation, which he deflected and then turned it around an attack against the predecessor President, Donald Trump.

As per the trusted sources of information, the president was asked a number of questions by the reporters after he said certain remarks about the economic conditions at the White House. He further responded to the rising query regarding the rising prices of products and services in the country.Biden stated that there is no one saying that there is unchecked Inflation that is likely to happen, not even the economists. He further asked the people to look at the stock market as it is reaching the heights that it hasn’t reached in the history of the country. 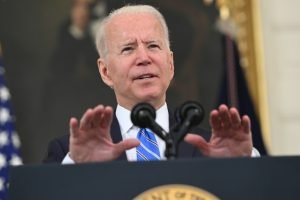 He further added that he doesn’t see stock market as a means to by which the economy can be judged like his predecessor did during his tenure of presidency. He also pointed out that how Trump talked about it to the people, everyday for the last five months about the rising stake of stock market, since a long time, and that is not the way that he judges whether or not there is economic growth in the country.

A major point of noting here is that the main aim of Biden’s remarks was on how the Back Better budget reconciliation proposal, Bipartisan Infrastructure Framework, and budget for 2022 would face the price jump, which is the largest since 2008 recession.