Peloton is working with management consulting group McKinsey & Co. to review its cost structure and potentially eliminate some jobs, CNBC has learned. The possible job cuts were discussed in a recent call with members of management team.The apparel division, which has seen feeble sales, is one area that could be targeted. The company doesn’t disclose revenue from its apparel business. Peloton is also considering asking employees at its brick-and-mortar retail stores to take customer service calls during less busy times.

A executive on the call said that 15 stores are “on the cut line.” Peloton operated 123 showrooms as of June 30 in the U.S., Canada, the U.K., and Germany.  The news firm also viewed more than a dozen messages from an internal app for employees, as well as Slack messages, where workers have been discussing the expected job cuts and plummeting stock price. 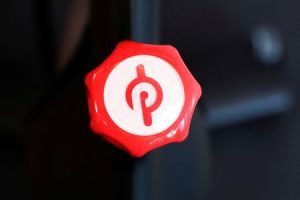 A Peloton spokesperson didn’t immediately respond to CNBC’s request for comment. A McKinsey spokesman declined to comment. market cap has fallen to $10.2 billion, as its shares tumbled 76% last year, after rising more than 440% in 2020. The decline has continued into this year, with shares hitting a 52-week low of $29.11 on Tuesday.

In the three months ended Sept. 30,Peloton onboarded about 161,000 connected fitness subscribers, the lowest net addition in eight quarters. Revenue grew 6% year over year, compared with a 250% increase in the same quarter in 2020. In November, implemented a hiring freeze. It employed 6,743 people in the United States as of June 30, more than double the roughly 3,281 employees it counted a year earlier.