Paytm, backed by SoftBank and Alibaba, fell by more than 20% after its debut trading on local exchanges Thursday. The firm, which raised $2.5 billion in India’s largest initial public offering, is valued at about $14.9 billion, compared to the $20 billion valuation the firm was aiming for.

Shares of One97 Communications, the holding firm of Paytm, traded for as low as $21.4 down from the offer price of 2,150 Indian rupees. Thursday’s IPO is the latest in a series of listings by Indian startups as many begin to explore the public markets following years of growth. Indian food delivery startup Zomato, online insurance aggregator Policybazaar, and fashion commerce Nykaa have made stellar debut in the public market this year. 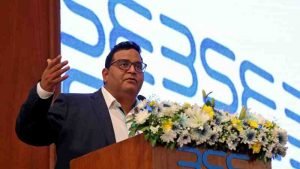 The early hours trading for Paytm shares has been disappointing so far. But many industry executives said that day one performance of shares is not the best measure to assess the success of Paytm, which offers a range of services including peer-to-peer payments and a digital bank. Even as One97 Communications started its journey two decades ago, Paytm was conceived in the past decade.

One97 Communications offered a range of services including domain name registration and VAS for telecom firms. The firm had raised $15 million and was profitable, but Sharma was now convinced that he needed to make a move into payments..