Israel said the Pfizer/BioNTech COVID-19 vaccine was still very effective in preventing serious illness, while also reporting a decrease in preventing infections and symptomatic illness. The observation coincided with the ending of social distancing requirements and the spread of a new Delta variant.

The vaccine effectiveness of preventing infection and symptomatic disease fell to 64% since June 6, the Health Ministry. The good news is the vaccine was 93% effective in preventing serious illness from the coronavirus, including hospitalizations. The Delta variant is estimated to spread 40-60% more readily than the Alpha variant that dominated the U.S. by April, which itself was some 50% more transmissible than the original strain.A Pfizer spokesperson didn’t comment on the Israel data but said other research suggested the vaccine was able to neutralize tested variants, including Delta, The neutralization was efficient but modestly reduced relative to previous strains. 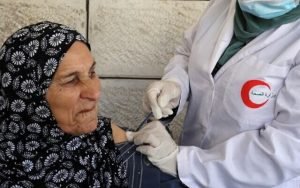 The ministry did not disclose what the previous effectiveness level against infections was before the decline. In May, it published a report that said two doses of the Pfizer vaccine was more than 95% effective against infections, hospitalizations and severe illness. Around 60% of Israel population has received at least one shot of the Pfizer vaccine. The country subsequently saw a drop in coronavirus cases from more than 100,000 in January to single digits in June.

Since the ending of social distance and mask requirements, the country has seen an increase in COVID-19 cases, reaching 343 on Sunday. The agreement will go into effect in the next few days after South Korea inspects the vaccines, the statement said. The Korean vaccines will arrive in Israel during the fourth quarter of 2021. The agreement with Seoul comes after the Palestinian Authority signed, and then backed out of, a similar deal with Israel.