As the competition to establish a presence in India’s emerging EV market heats up, the CEO of Ola Electric announced on Monday that his company would introduce an all-electric car capable of reaching speeds of 0 to 100 kilometers per hour (just over 62 mph) in under four seconds. The vehicle produced in India and would be the nation’s first electric vehicle was described in detail by Bhavish Aggarwal.

He claimed that it would feature an all-glass top, a range of more than 500 kilometers on a single charge, and the potential to provide assisted driving. The electric vehicle would also lack a handle and a key. In 2024, the business intends to introduce the car. He claimed that foreign automakers offer their second-rate technology in India because they believe the Indian consumer is not ready for cutting-edge technology. He said that this needs to be corrected. 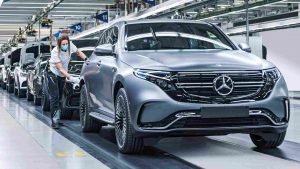 Aggarwal also disclosed plans on Monday to expand the company’s “Futurefactory” in Tamil Nadu, which presently specializes in the manufacturing of two-wheel electric cars, to create what he called a “full-EV hub.” He said the expanded factory could generate 1 million automobiles, 10 million two-wheelers, and 100-gigawatt hours of cells annually when operating at full capacity. Aggarwal states, “This rebuilt Ola Futurefactory will be the world’s largest EV ecosystem at a single site.”

The EV division of ride-hailing company Ola, founded in 2011, is called Electric. SoftBank Group has made investments in Ola and Ola Electric. India is somewhat of an untouched market for electric automobiles, trailing behind China, the European Union, and the United States while overtaking China as the world’s most populous nation next year. According to the International Energy Agency’s Global EV Outlook, less than 0.5% of cars sold in Brazil, India, and Indonesia are electric.