Oil and gas prices are climbing on fears that the Ukraine-Russia crisis will disrupt supplies across the world. The price of Brent crude Oil, an international benchmark, reached a seven-year high of $99.38 (£73) a barrel on Tuesday.

The RAC warned the crisis would push up UK petrol prices further, after they hit a record 149.12p a litre on Sunday. Russia ordered troops into two rebel-held regions in Ukraine’s east after it recognised them as independent states. 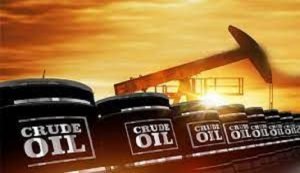 In London, the FTSE 100 share index opened more than 1.4% lower before regaining ground and turning positive. The Asian stock markets closed lower, and US stock exchanges were braced for losses. The UK and several western allies have threatened sanctions against Russia, which is the second-largest Oil exporter after Saudi Arabia. Russia is also the world’s top producer of natural gas.

On Tuesday, German Chancellor Olaf Scholz took the significant step of blocking the certification of the Nord Stream 2 pipeline that would have supplied gas directly from Russia to Germany. Wholesale gas prices jumped in response, with the UK price for April delivery up 9% and the cost for May up 10% to 191p per therm. This is still considerably lower than the highs seen in December last year when it peaked at over 400p per therm.