Nvidia is Investigating a Cyberattack Nvidia is Investigating a Cyberattack

Nvidia is investigating an “incident”  hours after The Telegraph reported that the graphics chipmaking giant had experienced a devastating cyberattack that “completely compromised” the company’s internal systems over the past two days. The spokesperson said that they were investigating an incident.

Our business and commercial activities continue uninterrupted. We are still working to evaluate the nature and scope of the event and don’t have any additional information to share at this time. Even The Telegraph’s sources aren’t suggesting that Nvidia has necessarily had any data stolen or deleted, and there’s no current suggestion that the “incident” might be linked to Russia’s invasion of Ukraine. However, cyberattacks have been part of the offensive, and internet infrastructure has also been a target there. 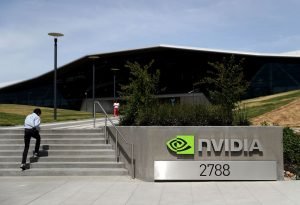 Bloomberg is now reporting a minor ransomware attack, citing a person familiar with the incident. Early Saturday morning, the dark web intelligence firm DarkTracer tweeted that Lapsus$, a ransomware gang recently linked to an attack on Portugal’s largest TV channel, has claimed responsibility, leaking what it says are the password hashes for Nvidia employees and indicating it has other data including source code and information related to RTX GPUs.

Soufiane Tahiri posted a later message from the group to Twitter. They claimed the company tried to delete their data in a virtual machine via the VPN and device management platform. They claim to have still a backup of the data that they are threatening to leak. There’s still no indication publicly that this is incident is tied to Russia’s invasion.