New Ocean Introduced to the World New Ocean Introduced to the World

The National Geographic has been making maps since 1915. Over those 106 years the famous publication has listed four Ocean on Earth and they are the Atlantic, Pacific, Indian and Arctic. However, those maps are now being redrawn.

A fifth Ocean has been selected by the magazine which claims to be having the icy waters surrounding the Antarctica below the Earth’s southern 60th parallel and this ocean is officially being named as the Southern Ocean. The change is important beyond adding one more name for grade school students to remember. The Southern Ocean is enclosed from the northern Ocean by a fast swift current that encircles the Earth from west to east around the Antarctica in a band centered about a latitude of 60 degrees south. 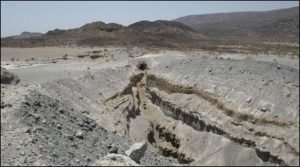 The waters in the south of that Antarctic Circumpolar Current are icier and organically distinct, making a household for thousands of species that can survive nowhere else on the Earth according to the magazine. “The Southern Ocean includes unique and fragile marine ecosystems that are home to wonderful marine lives such as whales, penguins, and seals,” Enric Sala, a National Geographic Explorer in Residence, told in an announcement.

“Anyone who has been there will struggle to elucidate what is so fascinating about it,” Seth Sykora-Bodie, a marine scientist at the National Ocean and Atmospheric Administration (NOAA) added. He went on explaining, “but they will all agree that the glaciers around are bluer, the air is colder, the mountains are more intimidating, and the landscapes are more captivating than anywhere else you can go.”