Southwest Airlines Launched its new fare class on Thursday, a second-cheapest option that it believes would attract consumers ready to spend extra for more flexibility. The “Wanna Get Away Plus” fare is located between the “Wanna Get Away” and “Anytime” fares. It will enable travellers to modify their tickets on the same day without having to pay the difference in fee that the lowest tier needs.

Customers who choose the new fare, or classes above it, will earn more frequent flyer miles than those who choose the lowest tier, and they will be able to transfer flight credits to another RapidRewards member, which is a new feature. Passengers on Southwest will continue to be able to check two bags for free. The new pricing type is the latest attempt by an airline to boost income following the devastating effects of the Covid epidemic, which lasted two years. 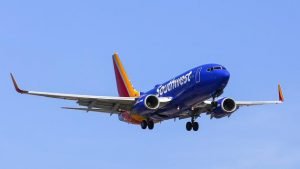 In recent years, airlines such as Delta, American, United, and JetBlue have introduced no-frills basic economy tickets that do not contain advantages that used to be included for free, such as advanced seat selection. Airline CEOs have made no secret of their desire for consumers to pay extra to avoid those low-cost prices, while many business travellers’ companies avoid them entirely due to their inflexibility.

Southwest’s new fare will be available in the second quarter of this year. Last year, the Dallas-based airline announced the Launched of a new type of price but gave no further specifics. Air travel demand, particularly for domestic leisure trips, is already driving up tickets, as are increased fuel expenses. The second and third quarters are when airlines generate the majority of their money, as vacation season drives up purchases.