Netflix brought in more than 8 million new subscribers in the holiday quarter, but executives predicted that growth would suffer much more than expected at the beginning of 2022, sending shares screaming lower Friday.

The company reported 8.3 million net new paid subscribers in the fourth quarter, trailing its own forecast for 8.5 million but roughly hitting the average analyst forecast of 8.3 million and giving the streaming-video service 221.8 million subscribers overall as of the end of 2021. 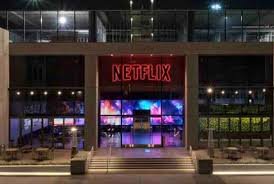 The number allayed the stark warnings of some analysts, including JPMorgan’s Doug Anmuth, who had feared a significant shortfall of new subscribers, but executives do see a precipitous slowdown ahead. They predicted just 2.5 million net new subscribers in the first quarter, less than half the 5.8 million that analysts were projecting on average.

Netflix shares plummeted 21.8% Friday, lopping off $49.1 billion in market capitalization from the streaming giant, which had ended Thursday’s trading session worth about $225 billion. That decline is more than the total market cap of Zoom Video Communications Inc. ZM, -5.23%, which was worth less than $45 billion as of Friday’s close, and streaming-music company Spotify Technology SA SPOT, -6.29%, which has a market cap of less than $38 billion.