NASA All Set for Two Missions to Venus by 2030 NASA All Set for Two Missions to Venus by 2030

Even after decades of research on our solar system Venus still remains quite unexplored. But, things are about to alter now. In the most recent revelation from NASA, their solar system exploration program, two Venus-based operations have received a green flag.

They are anticipated to be launched between 2028 and 2030. NASA planetary science division hasn’t sent any mission on Venus since 1990. The news is quite exciting for all the space enthusiasts.  The planet has a hostile environment as the atmosphere contains sulfuric acid and has very high surface temperatures enough to melt lead. But the situation hasn’t always been the same. The planet began out very analogous to the Earth. So what exactly went wrong?

Unlike the Earth, carbon on Venus has escaped into the atmosphere instead of being trapped in rocks resulting in making roughly 96 percent carbon dioxide. Which led to a runaway greenhouse effect, making surface temperatures go up to 750 kelvin (900 degrees Fahrenheit or 470 degrees Celsius). 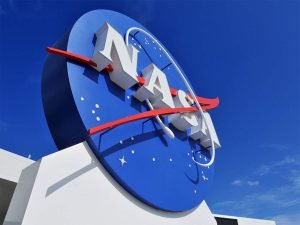 The planet provides a great platform to study the greenhouse effect and also to study how to deal with it on Earth. The scientists can utilize models which plot the extreme atmospheric conditions of Venus that match with the Earth. The extreme surface conditions aren’t the only reason the planet is being avoided by planetary exploration missions.

The high temperatures are associated with an awfully high pressure of about 90 bars that is sufficient to immediately squash most planetary landers. Most of the operations in the past didn’t go as planned. The earliest landing took place in 1970, with Venera 7 by Soviet Union’s as they crashed because of parachute melting and were able to send out 20 minutes of information back to Earth.