Total company revenue climbed almost 22% year over year, according to a statement. That’s the fastest growth since 2018. The company reported revenue grew 21% in the previous quarter. Microsoft reported $20.5 billion in net income, growing 48%. 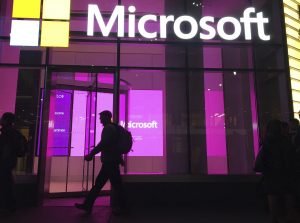 Microsoft called for $50.15 billion to $51.05 billion in fiscal second-quarter revenue. That works out to $50.60 billion at the middle of the range, passing the $48.92 billion consensuses among analysts polled by Refinitiv. Intelligent Cloud segment which comprises the Azure public cloud, enterprise services, GitHub, SQL Server, System Center, Visual Studio and Windows Server delivered $16.96 billion in revenue, which was up 31% year over year. That is more than the $16.51 billion consensus estimate.

Microsoft said Azure and other cloud services grew 50% year over year in the quarter. Microsoft Azure public cloud revenue growth was expected to be 47%, according to a CNBC survey of 12 analysts, while analysts polled by StreetAccount are looking for 48% Azure growth.