Meta Platforms, Inc has decided to take nearly forty-seven percent on the sale of digital assets on the Horizon Platforms. The virtual reality platform is the main plan of the company’s plan for starting metaverse. The company made this announcement in its blog post on Monday.

The company said that they are planning to let handful of virtual reality creators sell their assets within the world. They could also include Non Fungible Tokens. The company failed to mention in the bogpost about the money Meta will charge creators for selling their assets. A spokesperson said that they company has decided to take forty-seven percent on each transactions. This includes hardware platform fee which is nearly thirty percent of the total sales made in the Meta Quest Stores, This is the platform where they sells apps and games for virtual reality headsets. The Horizon Platform will charge nearly seventeen percent fee. 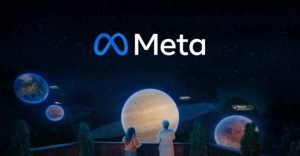 This size of the cut outraged people in the community. One user wrote on twitter that they hate Facebook. Another user said if the company wants forty-seven percent  of Non Fungible token sales they have to talk to the IRS. They dont have that after taxes. Other places like OpenSea takes nearly 2.5%  for each transaction and LooksRare charges nearly 2%.

During the last few weeks, the company and people are eagerly buying art to properties in the virtual platform like Decentraland etc. Snoop Dogg has purchased virtual land and the hip hop star’s fan has paid $450,000 to buy a land next to him. Horizon world is a virtual reality platform that allows people to create and explore virtual worlds.