Lufthansa is launching a $2.50 billion capital raise. The German carrier launched this capital increase planning to strengthen its equity position and repay part of the German state’s investment in the airline during the crisis. The company also has plans to repay the silent participation.

Lufthansa says the share issue will launch on 22 September and will complete on 5 October. The company also added that the transaction is fully underwritten by a syndicate of 14 banks and is expected to raise gross proceeds of $2.14 billion. 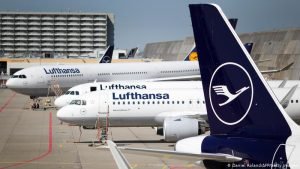 The German stabilisation fund took a 20% stake in Lufthansa last June as part of $7 billion in support measures to help counter the impact of the pandemic. It in August began reducing that stake and holds a 15.9% share in the airlineIf the fund takes part in the capital raise, it has undertaken to start divesting its stake in the airline no earlier than six months after the completion of the capital increase and would complete the divestment within 24 months if the two silent participations are repaid.