More than 60 major corporations have signed an open letter calling on Texas Gov. Greg Abbott (R) to recant comments made late last month which equate gender-affirming care for transgender or nonbinary youth to “child abuse,” along with an order for state agencies to investigate reports of gender-affirming care as such.

Companies including Apple and Google on Friday in an open letter published in the Dallas Morning News demanded Abbott and other conservative leaders “abandon efforts to write discrimination into law and policy.” The letter adds that the recent attempt to criminalize a parent for helping their transgender child access medically necessary, age-appropriate healthcare in the state of Texas goes against the values of our companies. 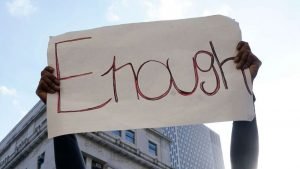 The letter added that this policy creates fear for employees and their families, especially those with transgender children, who might now be faced with choosing to provide the best possible medical care for their children but risk having those children removed by child protective services for doing so. Abbott issued a directive for state agencies to investigate reports of minors receiving gender-affirming care as child abuse, warning that parties who fail to report would face “criminal penalties.”

The White House has condemned both Paxton’s and Abbott’s statements, and several Texas district attorneys have already said they will not prosecute the families of transgender or nonbinary youth. The order has had consequences for the state’s trans and nonbinary communities, and Texas Children’s Hospital, the nation’s largest pediatric hospital, this week paused gender-affirming treatments to “safeguard” its staff and the families of patients because of Abbott’s order.