Jobless Claims Jump to 286,000 Since October Jobless Claims Jump to 286,000 Since October

Jobless Claims took an unexpected turn higher last week in a potential sign that the wintertime omicron surge was hitting the employment picture. Initial filings for the week ended Jan. 15 totaled 286,000, well above the Dow Jones estimate of 225,000 and a substantial gain from the previous week’s 231,000.

The total was the highest since the week of Oct. 16, 2021, and marks a reversal after claims just a few weeks ago hit their lowest level in more than 50 years.  The Continuing claims, which run a week behind the headline data, also shot up, rising 84,000 to 1.64 million. One bright spot in the data showed that the four-week moving average for continuing claims, which irons out weekly volatility, declined by 55,250 to 1.664 million, the lowest since the week ended April 27, 2019. 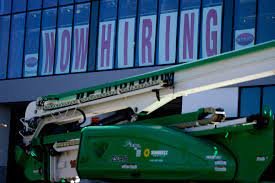 Mike Loewengart, managing director of investment strategy at E-Trade said that the Omicron has put a wrench in where we stand on the labor market front, but with hiring challenges, employers are likely trying to hold onto their workforce. So this could be a short-term surge in Jobless Claims. California showed a sharp 6,075 jump in claims, while New York reported a slide of 14,011. Total recipients of all unemployment compensation programs rose by 180,114 to 2.13 million.

Jobless Claims are seen as a leading real-time gauge of the employment picture, which has brightened in some respects but is still beset by multiple trouble spots. The unemployment rate has fallen to 3.9% after a record year of nonfarm payrolls growth. Still, the total employment level remains 2.9 million below where it was in February 2020, just before the pandemic declaration.