Intel Corp. is close to buying Israeli chip company Tower Semiconductor Ltd. for nearly $6 billion. The people aware of the deal are bolstering a plan to make more chips for other companies. This deal could be unveiled as soon as this week, assuming the talks don’t fall apart, the people said.The deal would likely include a hefty premium, given Tower’s market value of roughly $3.6 billion. The shares soared 49% in after-hours trading on Monday after The Wall Street Journal reported on the expected deal.

Tower Semiconductor Ltd, whose shares trade in the U.S. on the Nasdaq Stock Market, makes semiconductors and circuits used in everything from cars and consumer products to medical and industrial equipment. It operates manufacturing facilities in Israel, California, Texas, and Japan. The company is based in Migdal HaEmek, in northern Israel near Nazareth. 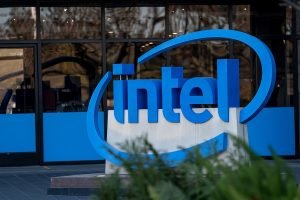 Tower is a much larger manufacturer that Intel explored a deal for over the summer.  GlobalFoundries decided to pursue an initial public offering instead, and the company now trades publicly with a market value of around $30 billion.

Intel Corp  in January said it plans to invest at least $20 billion in new chip-making capacity in Ohio, bolstering the company’s production ambitions as greater demand for digital products and a global chip shortage have amplified the need for more semiconductor manufacturing. The company, with a market value of nearly $200 billion, had already made more than $100 billion in investment pledges over the past year.