India plans to launch a digital version of the Rupee, becoming the latest country to join the rush to create state-backed virtual currencies. The country’s central bank expects to introduce the money “using blockchain and other technologies.

Nirmala Sitharaman, Finance minister, said that sometime in the new fiscal year, April. Sitharaman said the digital Rupeewould significantly boost the digital economy.  She did not give any further details about what the launch would entail, how widely a digital Rupee might be used initially, or what impact it might have. 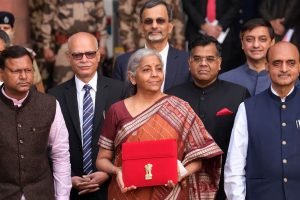 Digital payments have grown dramatically in popularity in India since late 2016 when Prime Minister Narendra Modi banned the country’s two biggest Rupee banknotes. Other companies like Paytm, some of the world’s biggest tech companies, including Google (GOOGL) and Facebook (FB), have joined India’s cashless payments boom.The announcement comes as other major economies move forward with their plans to launch virtual currencies. China has been trialing its digital yuan in significant cities for two years. It’s one of only three payment methods available to athletes, officials, and journalists attending the Beijing Winter Olympics this month.

Europe and the United States have also been exploring the possibilities for a digital euro and digital dollar. However,  both have stressed the importance of mitigating financial risk presented by any e-currency. India has for years expressed concern about cryptocurrencies and how best to regulate digital assets, at times even flirting with a ban on cryptos.