How to Take Stunning and Long Exposure Photos on iPhone? How to Take Stunning and Long Exposure Photos on iPhone?

Every iPhone launched after the 6s series could take “Live” Photos through Apple’s built-in camera app. As long as the users have the setting of taking “Live” Photos turned on, long exposure stills are just a few taps away.

Live Photos can be taken along with the button having concentric and dashed circles on the top of the camera screen after opening the Camera app. This particular mode captures the few moments before a person takes the photo, bringing the still moment or photo briefly to life. 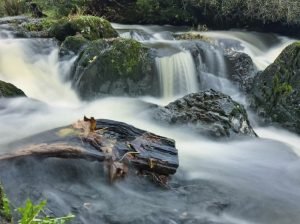 A person is required to hit the shutter button as usual while clicking a photo. The phone should be kept as still as possible since it is going to capture a few seconds before the photo is clicked while in Live mode.The long exposure feature imitates the effect of a slow shutter speed. On an iPhone, a person cannot change the speed of the shutter, but Live Photos come along with different effects to adjust the moving image.

The Live photo will be available in the camera roll. After scrolling down below the images, the person will come to an “Effects” section, and then he has to click on “Long Exposure.”If there was any movement while capturing the Live photo, it would show up to be blurred or smoothed over.A Live Photos can be saved with the long exposure effect, or one can go back to the camera roll, scroll down to the “Effects” section and take it off from there.